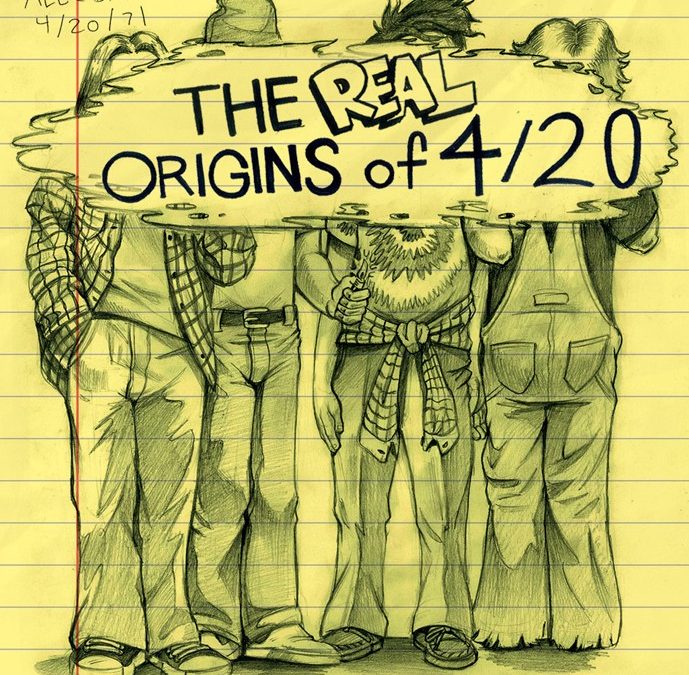 Imagine San Rafael, California 1971, meet ‘The Waldos’. A gang of five high school stoner athletes that used to hang ‘by the wall’ at San Rafael High School back in the day.

As the story goes, these jokers caught wind of an abandoned cannabis grow out in the Point Reyes National Forest. They were even given a vague description as to the approximate location of the grow. For the next few weeks every day after practice, they would meet at 4:20 sharp by the Louis Pasteur Statue, get stoned, and head to the nearby coastal hills for an abandoned cannabis grow treasure hunt adventure. They never did find the grow, but a 4:20 meet-up and smoke session became a ritual and in-turn a code word for pot.

So how did it go global? Well, a couple of The Waldo’s were family friends with The Grateful Dead crew. They were often running around backstage, smoking joints, and throwing the term 4:20 around. It became synonymous with pot, caught on and went on international tours with the Dead and their massive entourage. Alas, we now have 420, a cannabis holiday gift from cannabis ground zero, northern California.