How the Emerald Triangle Became a Seed Bank 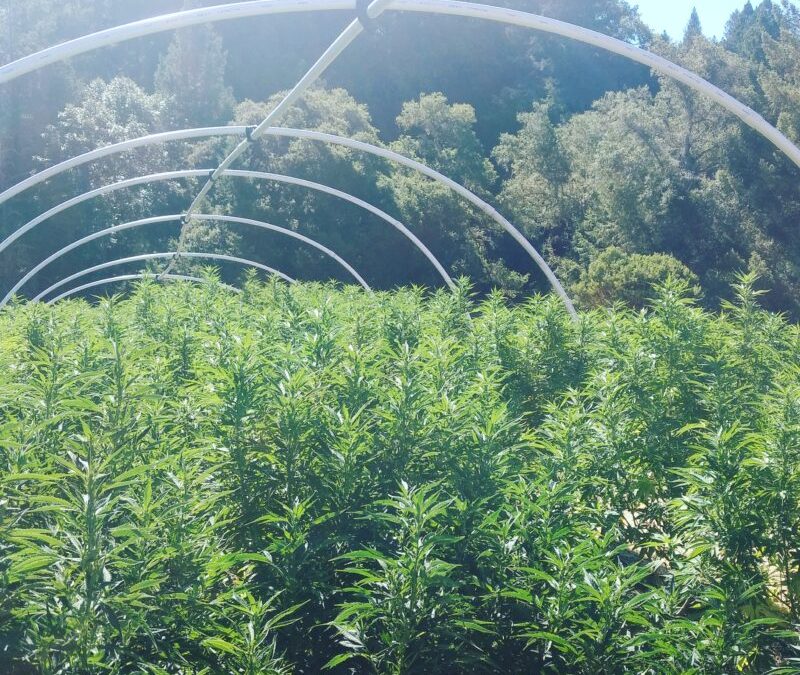 Tucked in the north western coastal mountains of northern California lies the most famous cannabis cultivation area in the world: the Emerald Triangle.

Comprising Humboldt, Mendocino and Trinity counties, the Emerald Triangle has developed more than fifty years of experience of craft cannabis cultivation techniques. There is a legacy of farmers who are experts in breeding, curing, and cannabis genetics. Considering the agricultural lineage and its unique micro-climate, the Emerald Triangle produces some of the world’s best marijuana on the market. Another important factor is the Emerald Triangle’s cannabis culture, history, and the influence of the back-to-the-land movement in relation to the hippie trail phenomenon. It is largely due to these two moments in history that The Emerald Triangle became a prominent cannabis seed bank with thousands of cannabis varietals from around the world.

From Hippies to Back-to-the-Landers In the late 1960’s, San Francisco and Berkeley were the epicenter of bohemian life. In the early 1970s, after the San Francisco Chronicle’s coverage of the “death of the hippies“ ceremony in 1967, many San Francisco hippies migrated up the northern California coast. This migration became known as the “back to the land” movement and consisted of bohemians who wanted to live a simple life connected to nature and a committed community. Back-to-the-landers valued sustainability and grew their own food, including cannabis.

Cannabis was, and still is, a defining component of their culture.For back-to-the-landers, it was a spiritual tool and a form of currency for bartering, trading, or selling on the black market. Cannabis supported families and local communities for generations. Due to its illicit nature, cannabis was a black-market crop that fostered an “us vs. them” sense of camaraderie. The back-to-the-landers’ affinity for nature and residual counterculture influence produced generations of cannabis cultivators and an unassailable reverence for cannabis that continues to this day.

The Hippie Trail and the Cannabis Seeds brought back From the late 1950s through the 1970s, countless Northern California-based beatniks, hippies and back-to-the-lander’s traveled what was known as the “Hippie Trail.” A trek through Asia, the Hippie Trail was a bohemian pilgrimage for the free-spirited, culturally curious and bohemian budget traveler. Starting in Istanbul, Turkey, the trail ran through Iran, Afghanistan, Pakistan, Nepal, India and Thailand. Adventure-seekers would often travel the hippie trail for six months to a year, hitchhiking and cara-vanning and bartering for food and rides.

For Emerald Triangle cultivators, the Hippie Trail was not only a bohemian adventure, it was a quest to locate and return home with geographically diverse cannabis seeds. They would seek out small villages and remote communities in their travels, looking for the holy grail of cannabis seeds. The more pristine the genetics, the better.

The Hippie Trail and the Back-to-the-Land movement were the two catalysts for what came to be known as the Emerald Triangle. It is because of these bohemian adventures and counterculture movements that happened at the same time that made possible the foundation of the Emerald Triangle, with exotic and rare cannabis genetics.